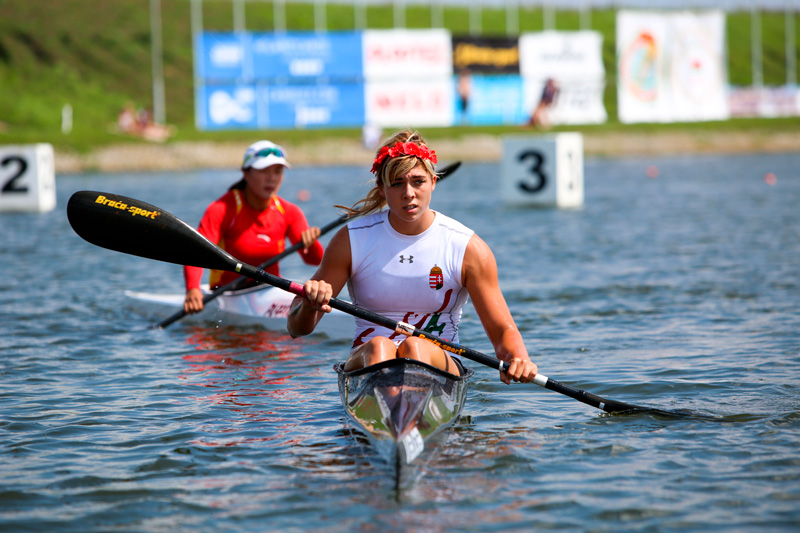 Luka Homonnai did all the best at her last Championships race:

— Iwashappy. This distance was very long,evenpsychologically it was difficult. First I started wellbut then I began to slow down. I don’t know where I found the strength in 100 meters to the finish. Ithoughtonlythat it was the last race and I had todo all my best. Iwouldliketowin. When I looked at the scoreboard, I thought that I was the second. When I understood that I had the first place, I thought, “Oh my God, I won”.

ArinaAnoshkina doesn’t believe in her victory:

– This is my third medal at this Championships. I still can’t believe in it, and when I can believe I don’t know. I can’t believe that I raced so well. When the opponents are going“head to head", it instigates.Crossing the finish line, the first thing I thought that I was tired a lot.

LiudmylaKuklinovska from the Ukraine won the silver medal, and Jiali Yang took the bronze one.

AtK1 U23 Women 500 m the athlete from Hungary Dora Luczreached the finish line on the first position: 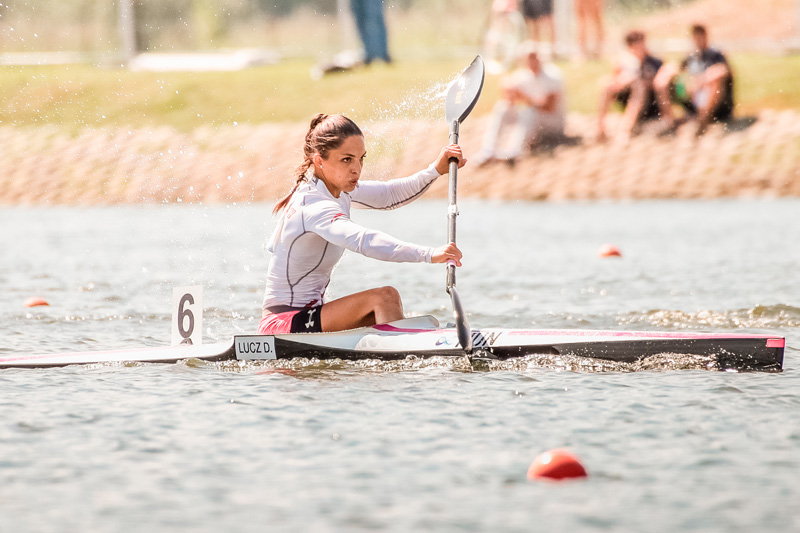 — I was so exhausted by the first race, but I found the strength for the second gold award. Now I need some week store cover and spend time with my relatives, than get back to the training process.

Dora’s coach TamasHomoki considers the secret of success is the character of the athlete:

— The coaches of our country gain experience from the other countries. I am sure the athletes do not need any additional motivation they were aimed at the victory. Many people think the secret is in a national character but it’s not true. The matter is the character of each athlete. 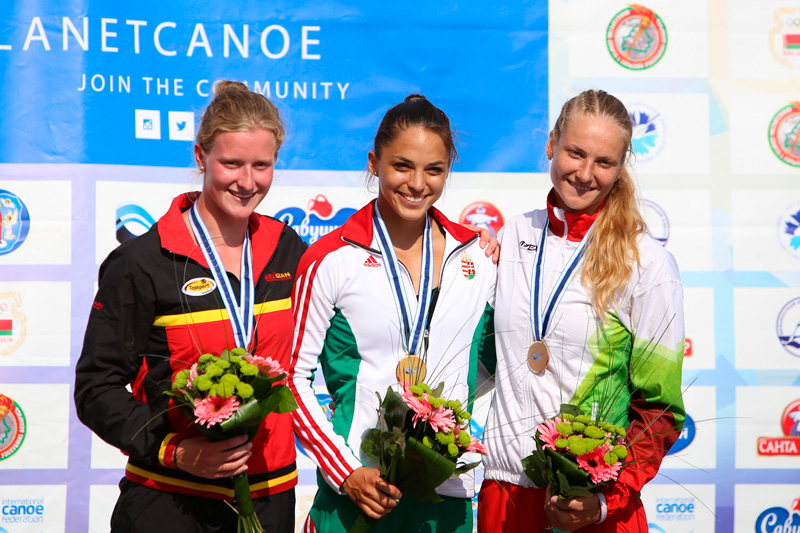 Hermien Peters from Belgium was the second,the Belarusian Aleksandra Grishina was the third.

In K2 Junior Women 500 m FruzsinaRacsko and Alida Dora Gazso gained the gold medals. MetteGravesen and KineLangelund from Denmark were the second but they were not disappointed because they lost at the finish line:

— In the beginning the boat was unstable but in 2-3 blades we found the balance and continued the way to the finish. We think the race has successfully passed and we are satisfied with the result. We like our second position. We knew we would not take the first place because the Hungarian team is really strong. Now after the Championships we want to relax and eat an ice-cream.

Helena Wisniewska and Julia Olszewska from Poland came the third.

K2 U23 Women 500 m was the last race of the Championships. The gold medal was won by the athletes from Germany— Jasmin Fritz and Nina Krankemann:

— We were nervous, it was incredibly a difficultwork so we had to do possible and impossible to gain this victory! Wind helped us mostly.

LiudmilaOdintsova and Svetlana Chernigovskayafrom Russia gained the silver medal, the bronze medal was taken by RekaHagymasi and Tamara Takacs.