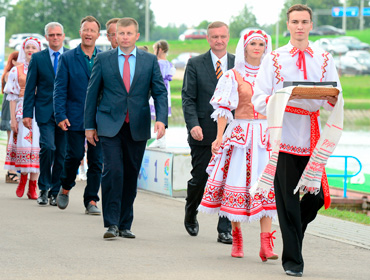 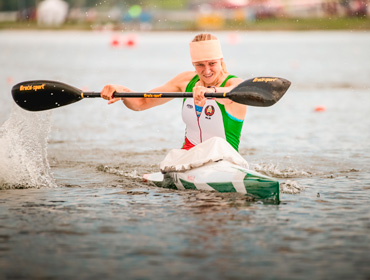 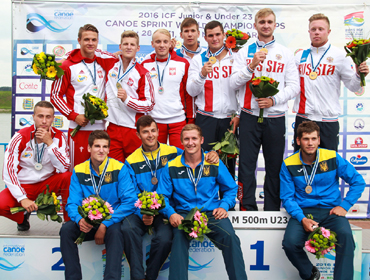 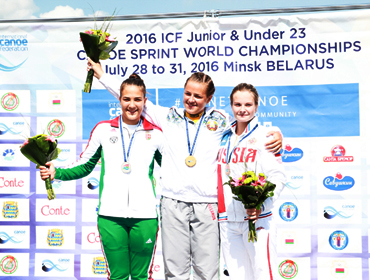 Junior athlete from Belarus Alena Nazdrova was the first in canoe single. The gold medal at the distance of 500 m has become the third at the current championships:

— The feelings are just unspeakable. I just did not believe we won. It was hard to go due to this weather, tried not to go away  – you may be disqualified.  Wehadtostrain, keepoverserves, dothebest. Iwasveryglad. 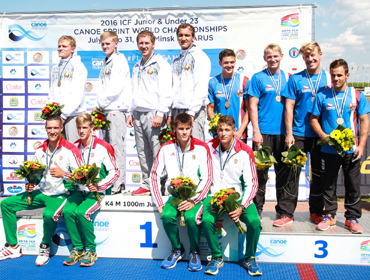 Belarusians are among the leaders

In the afternoon men’s kayakers finished at 1000 m distance.

The Belarusian junior K4 in the composition of Mikita Sanko, Uladzislau Sukhanosau, Stanislau Daineka, Ilya Fedarenka became the gold winners of the Championships: