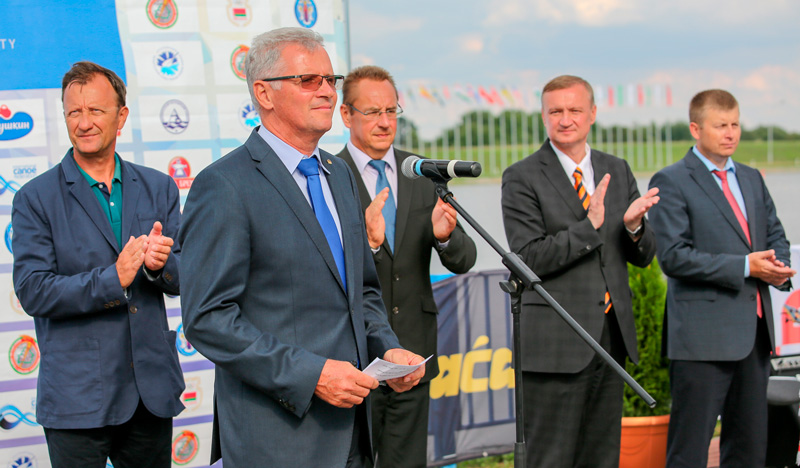 And just several minutes after presenting the medals to the prize-winners the Closing Ceremony accompanied by the trumpets was opened. The best national federations of the participating countries and Istvan Vaskuti walked up on to the stage. The festive trumpets of the Championship also accompanied their leaving of the stage.

Later the global event of this evening started – the closing ceremony of the championships. The Executive Director of Belarusian Canoe Association, the leader of Rumanian team Istvan Vaskuti performed that honorable mission. ICF First Vice-President closed the ceremony. 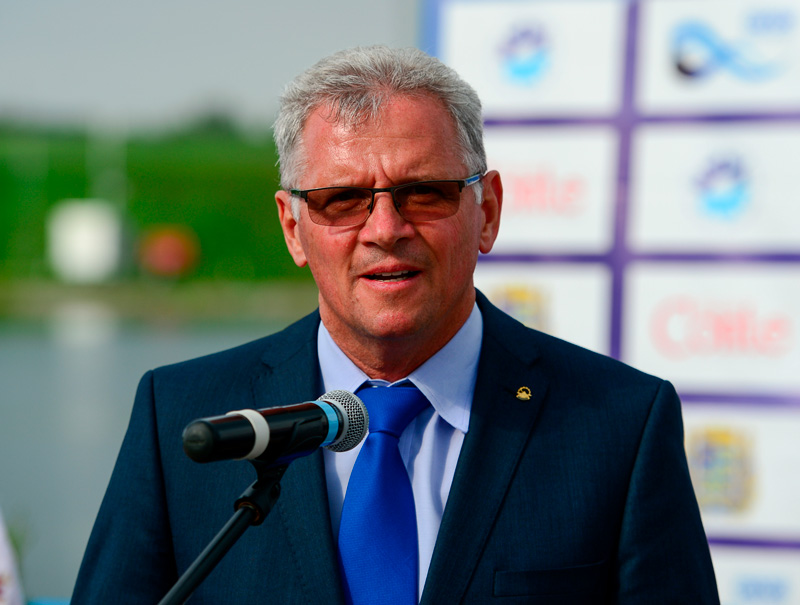 – Dear Secretary General Siarhei Shablyka, the representatives of the National Federations, Ladies and Gentlemen! This year Minsk hosted the best young athletes of the world and ensured the best conditions and the environment for the races. More than 1000 athletes from 62 countries participated in the Championships. I would like to express my gratitude to the participants that they achieved the results in fair fight! Also my thanks go to the experts preparing the athletes. The Championships was held at a high level. Thanks to the organizers for their work in successful preparation of the Championships. I sincerely hope that each everybody will keep nice memories about the event and Minsk. I declare 2016 ICF Junior & U23 Canoe Sprint World Championships closed!

The last speech of the official translated into the Russian language was continued by ICF anthem. At that time silent drill team was hanging off the flag which was given to Siarhei Shablyka. And then Istvan Vaskuti handed the flag to the representative of Romania. The next world championships will be held in this country in Pitesti. 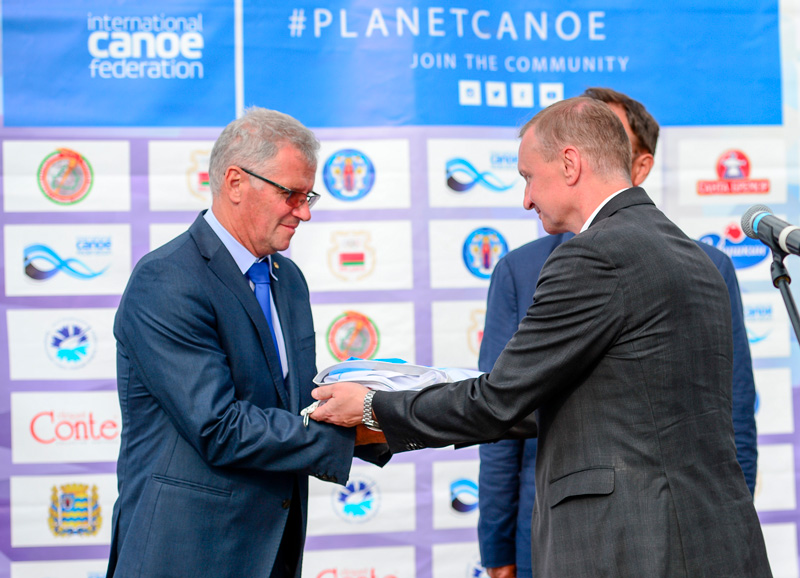 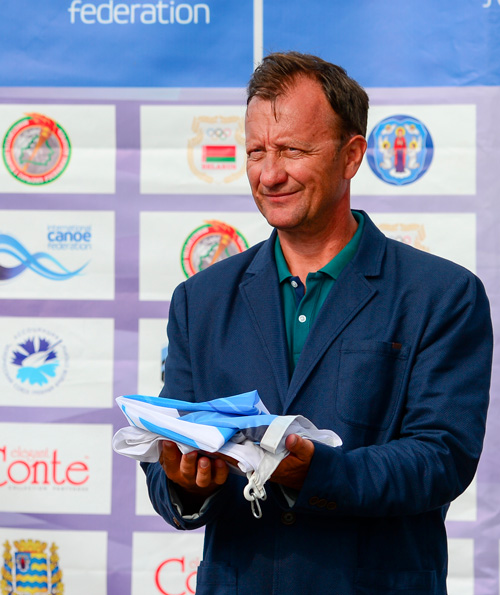 So the official events have been ended, all procedures have been made. The Closing ceremony was finished by the performance of on-stage performance groups to make this ceremony remarkable for the spectators by Minsk, Zaslavl and the Championships.

Merited amateur collective of the Republic of Belarus of sing and dance “Spatkanne” granted its performance to the spectators. The Closing ceremony is ended by the song under the symbolical title “Made in Belarus!” 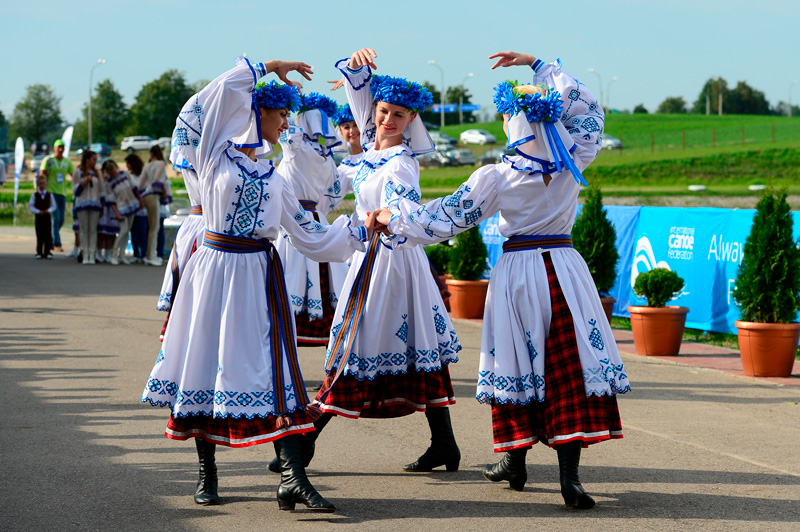 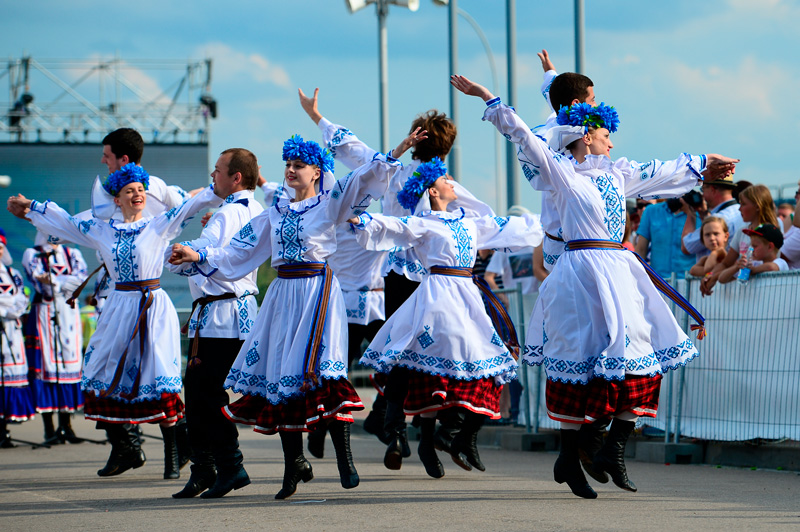 2016 ICF Junior&U23 Canoe Sprint World Championships was made in Belarus. And there are no doubts that it’s held at a high level. The athletes and their coaches, officials and spectators will remember this championships. 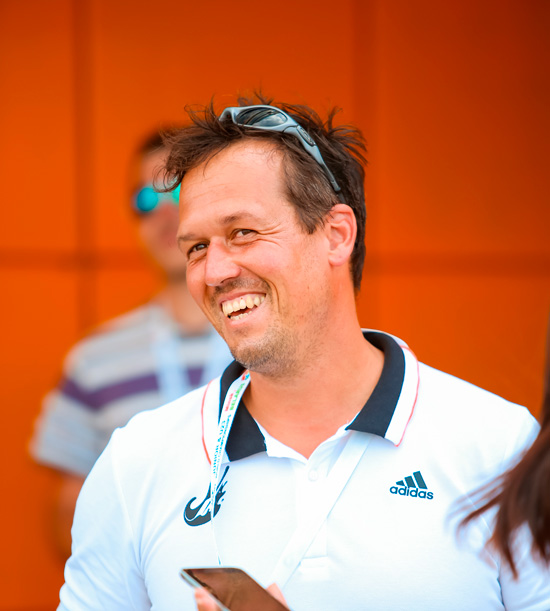 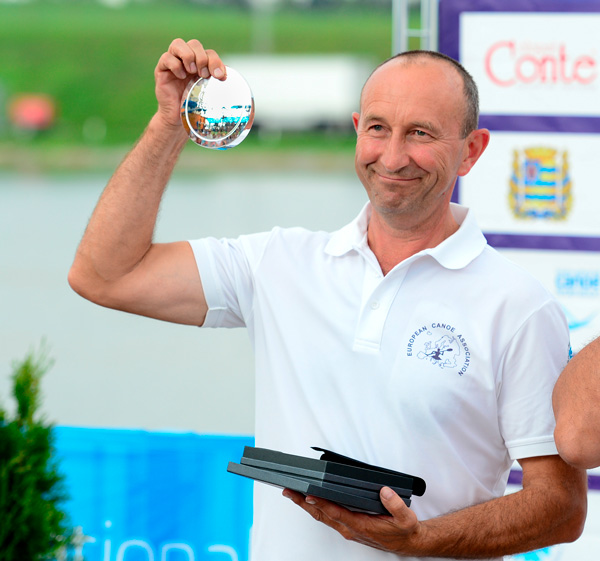