With inspiration to the final

The athletes under 23 years fought for a place in the finals in their categories at the 200 m distance. Tomorrow the last medals of the Championships willfind their owners. And what will the athletes wait next? We tried to look into their professional future of the athletes.

The third day of the competitions gave the possibility for men from the 12 countries (Hungary, Belarus, Belgium, Germany, Sweden, Poland, Spain, Finland, Lithuania, Chinese Taipei, Switzerland, Italy) to participate in the final at K1 Men distance. 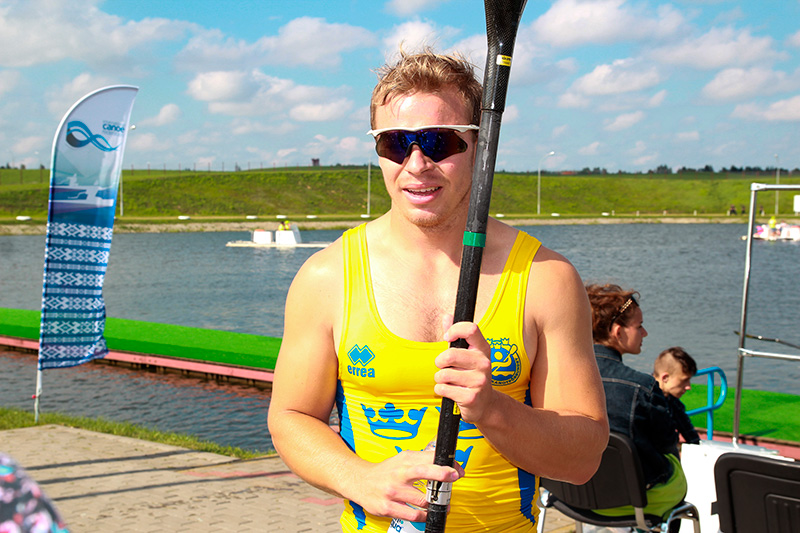 Joel Elenius from Sweden, finished 200 m race on the second position, told about dreams of the Olympics:

— I hope I will be able to compete in the final. And then what's waiting for me in the future… First of all I would like to participate in the Olympic Games, and win other competitions during the long road to the Olympics. Canoe sprint in Sweden is not so common kind of sport, but nevertheless, our athletes win a lot of gold medals. I do not regret that I chose canoe sprint because I love this sport.In our countries kayakers and canoeists have very small salaries, so I’m engaged in canoe sprint only for pleasure.  If I suddenly lose the attraction, I think I'll drop everything and start studying . But now I like to be in sport.

At the shortest distance 9 countries were managed to come to the Championships’ finals thanks to  the successful performance of girls in K1. As a result, Denmark, Poland, Norway, Belgium, Spain, Great Britain, Hungary, Romania, Russia will fight in the final race. 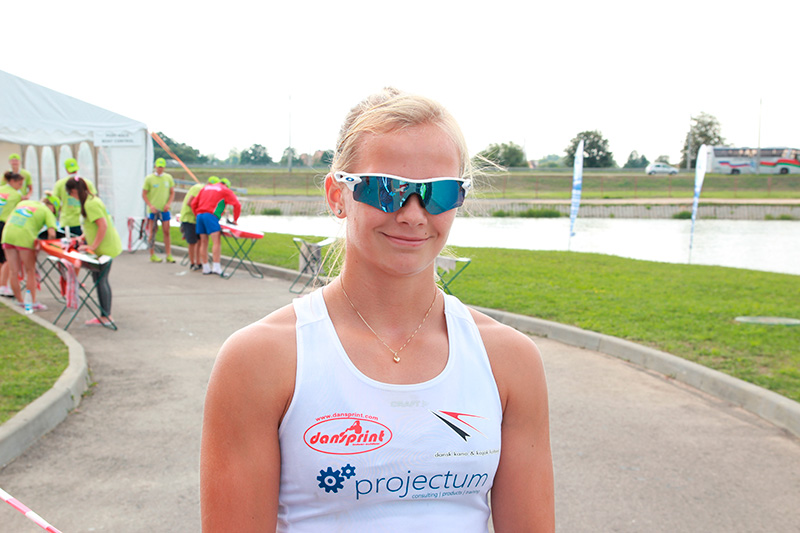 Julie Frolund Funch from Denmark was surprised that she had come the first, but the athlete has far-reaching plans:

—This championships is the first for me first in U23 group. Previously, I participated only in the junior competitions. I decided to see what I, and what the athletes from other countries can show in these competitions. In the semi-final race I said just myself "I can do it" - and switched off my mind. The first thing I thought when I had crossed the finish line: "Wow, I'm so fast!". There are no grains of remorse that I bounded my kife with sport. It gives me more than it takes away. Next season I plan to participate both in competitions for junior and elite. 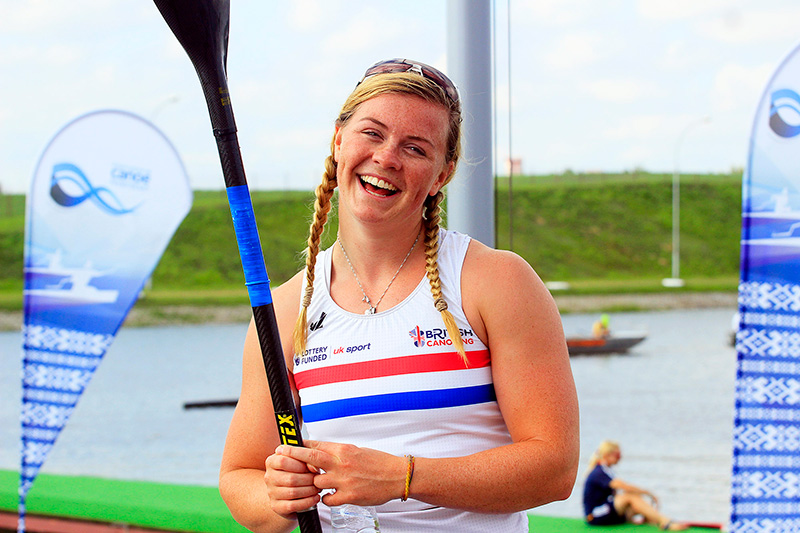 For the athlete from GB Emily Lewis, who came the third in this race canoeing became the career in all senses:

— These competitions are my last cones in this season. Then I'm going to Rio to see alive the performance of the British athletes at the Olympic Games and cheer for them. I hope to participate in the Olympic Games in Tokyo, if everything goes well. I can say that I like our kind of sport both trainings and competitions. I also teach young children and in the nearest future I really want to become a coach! 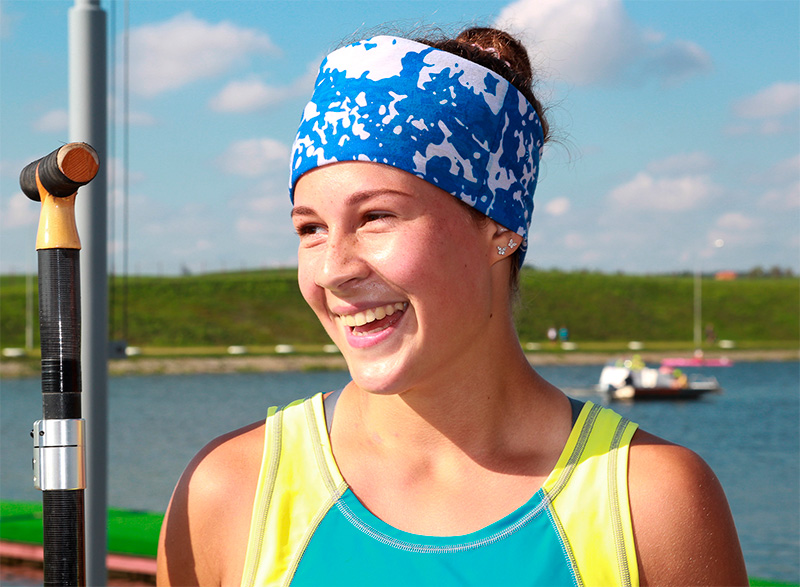 LiudmylaLuzan puddled from the Ukraine will have to work hard in the finals, because the athlete won the semi-finals at the distance of 500 m and 200 m. She began to do sport on the advice of her brother who is engaged in canoeing:

— Canoeing makes me happy! This is my life, my everything. Yes, it takes away a lot of time, because I always have to go to the training camps and competitions. There is no time just to relax. However I'm not complaining, because I love the sport. I have been engaged in sport since 4 years old - firstly I did gymnastics and achieved the title of master of sports but since 14 years I have been in canoeing. I will fight to the last in the final. This season is rich – I participated in six international competitions, and won the bronze medal in the European Championships under 23. I just moved from the junior category, so everything is going very wellfor me. Girls are strong - each year competition is growing. I hope 2020 Olympic Games in Tokyo are waiting for me. 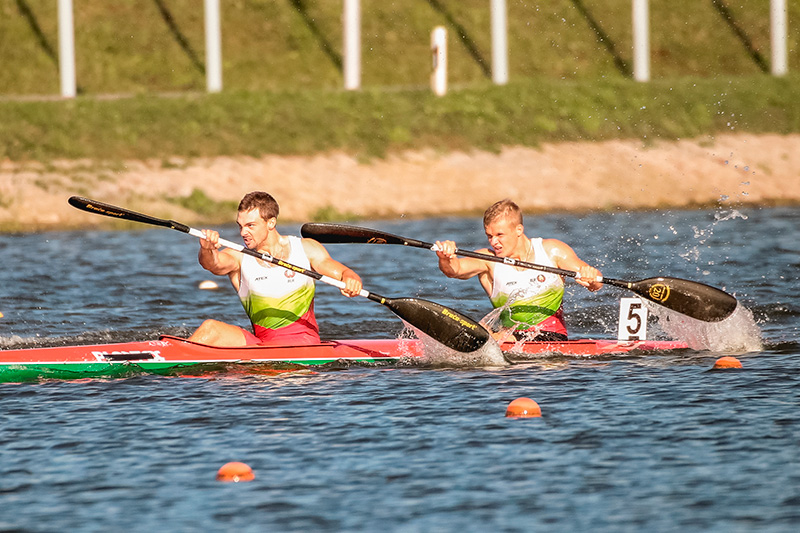 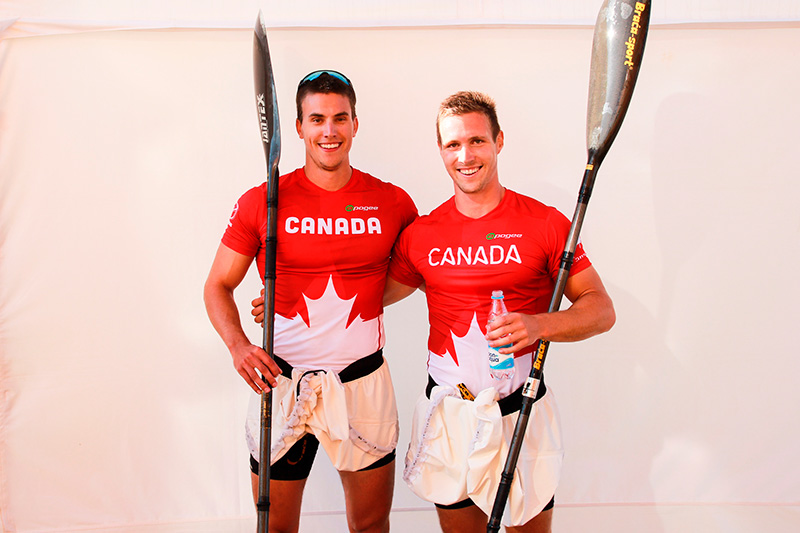 Etienne Beauchesne and Charle- Antoine Girouardfrom Canada finished the third at the distance of 200 m.The athletes have no illusions about the results:

- In the semi-finals we worked fine but relaxed. Morning performance was not so good, but now we have tried and reached the final. At the beginning of the race we tried to follow a certain technique – to keep our fist and strain the press - but then we gave up. We just began to work harder and go faster. At this moment we have a chance to get to the Olympics. After the championship we are going to keep fit and train power. Regarding these competitions we do not wait for the victory and tried to beat our personal result.

Poland, Canada and the UK in the final at the distance of 200 meters will be presented by women canoedoubles. 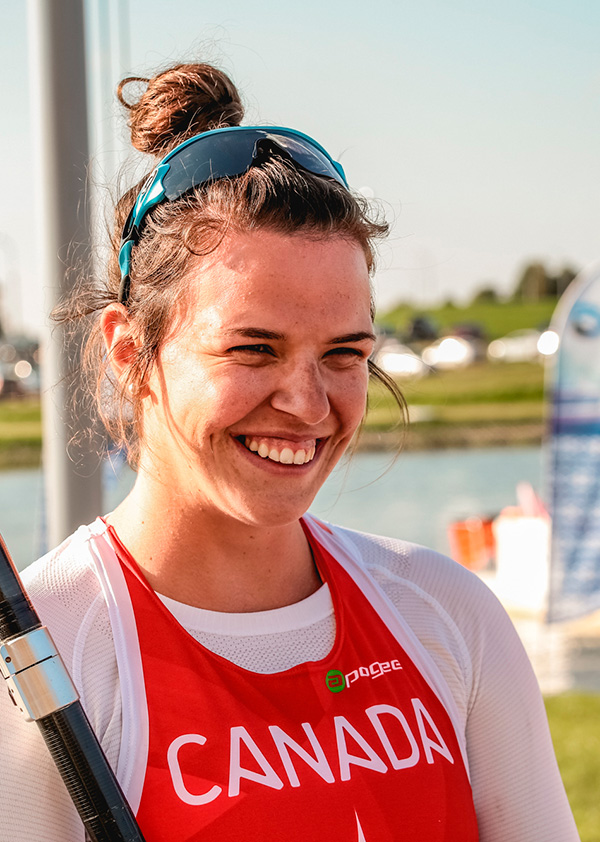 The CanadianHannah Macintosh and Nadya Сrossman-Serbfinishedthis race on the second position. The girls are lively and desiring to self-improvement:

- Our positive attitude helped us to go to the top three of the semi-finals. This is our first race together, but we became a real team. Our secret is not the tactics. We laugh a lot and support each other. It helps us to work and the progress is evident. We go in canoe and the reason is simply to understand. Kayak is too slow for us, we love speed. This sport takes your free time and sleep, but gives more - personal growth and physical health. Before the Olympic Games, we are going to work , at least over ourselves and then we will see what will be the result.