The flush of victory

The final races of the third Championships day finished. However it’s not time to hold force on which country is the strongest in the overall standing because there were just a half of final races. 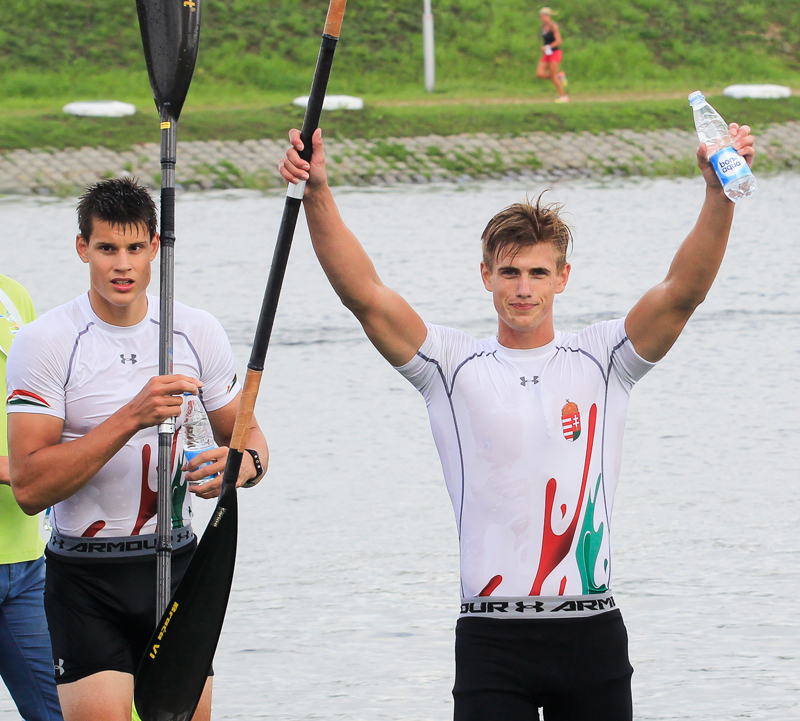 The athletes from Hungary Erik Petro and Adam Varga in K2 Junior Men 1000 m too the gold medal:

— It is not the first gold medal of Hungary at current Championships. If to look at the results of this age category you may see we are really strong. Surely, we could demonstrate much faster time. Although it doesn’t matter if you have already had the gold medal. It is pleasant to win over such strong opponents. 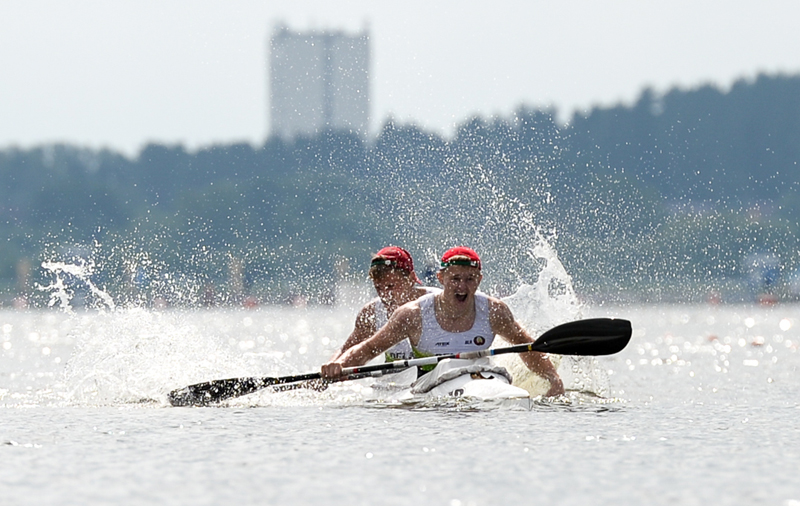 The silver medal in this race was taken by Belarusians Mikita Sanko and Uladzislau Sukhanosau, the the athletes from Slovakia Samo Balaz and Csaba Zalka gained the bronze medal. The winners in C2 Junior Men 1000 m were the athletes from Russia Ian Kavaliauskas and Ivan Dmitriev:

— We pulled out a victory literary at the finish line. Belarusian athletes are good finishers. They go fast so we saved power for the last meters. Surely we may speed up early but we have no force for the whole distance. We do not go through acclimatization as other athletes. In essence we are use to all the conditions.

We used other tactic at the European Championships and it was all gone pear shaped. Thanks to all teams for the amazing fight. We are not disappointed by the fact that fans were supporting the Belarusian team during our last race. We do not hear no one while going. Here a lot of people speak about Olympic Games in Tokyo. We also plan to come there in four years. And we plan not just to qualify but to gain the medals.
Juniors Ryhor Maisiuk and Dzianis Vashchanka from Belarus took the silver medal in this race, the bronze medal was gained by the athletes from Hungary — Peter Krasznai and Mihaly Aron Takacs. 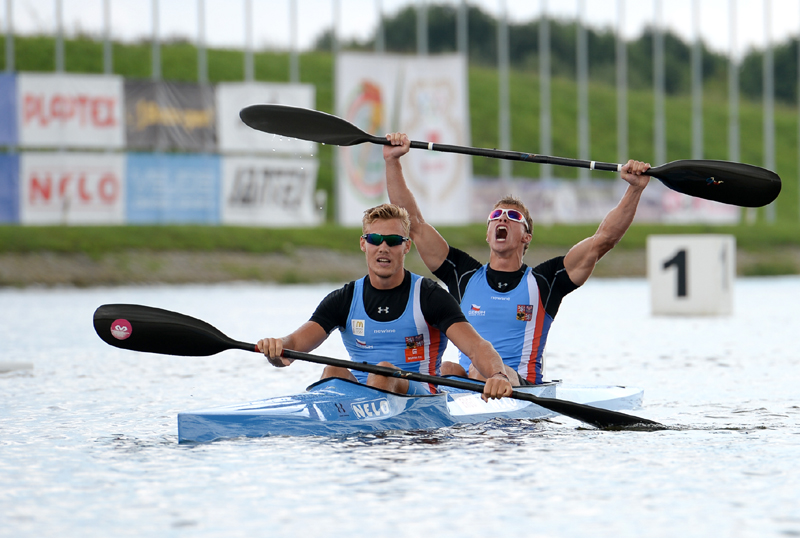 The athletes from Czech Republic Tomas Vesely and Radek Slouf were the first in K2 under 23 Men 1000 m:
– We are happy. We didn’t understand after we had finished were we the first. Sometimes we looked back, saw Russians and began to go faster.

The coach of the athletes Yan Zuče considers the guys did their best to win:

– We took the first places at the same European Championships. Now there more teams so it is more honorary to be the winners. The guys did their best. In other case they would not win. 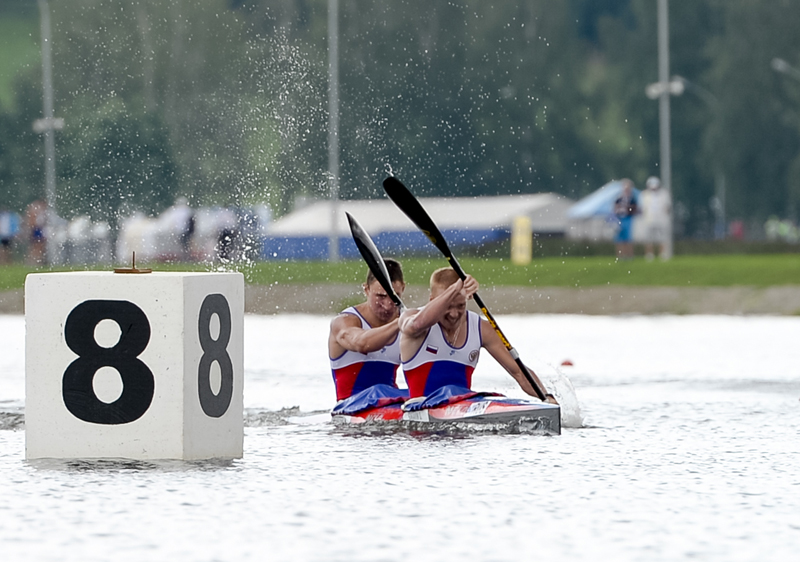 The German athletes Felix Landes and Lukas Reuschenbach became the second, and the third place was taken by the Russian Oleg Siniavin and Maxim Spesivtsev. 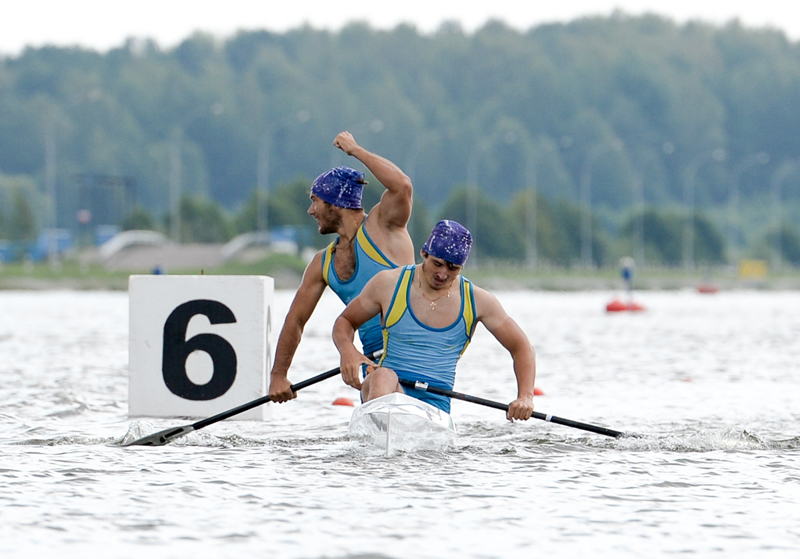 At the distance of C2 U23 1000 m brothers Sergey and Timofey Yemelyanov won the gold medal.

— We didn’t suppose the victories. We counted on the medal, but not on the first place. The opponents are very strong; many of them are the champions. We have won and the emotions overwhelm us. In 200 meters to the finish we felt euphoria. We understood that we will not give our victory, but the opponents overtook us. In 20 meters to the finish we understood, the victory is ours.

Sergey Strokov, the coach of the canoeists, finally stopped worrying about the result:

– We aimed for the victory. Our athletes have won earlier. Last year in Portugal we began to train so late. We came to the podium, but we were only the third. This year we wanted to get own back and began training since April. The victory of the athletes is like music to our ears. 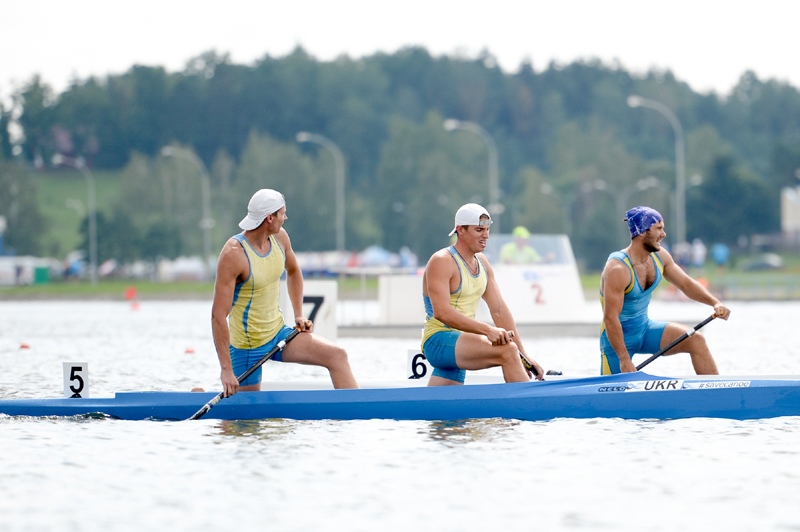 The silver was won by Leonid Carp  and Stefan Andrei Strat from Romania, and the Ukrainian athletes Yurii Vandiuk and Andrii Rybachok gained thee bronze medal.