The first medals of the Championships

The Belarusian junior canoeists Alena Nazdrova and Nadzeya Makarchanka won the first gold medal of the Championships in C2 500 m:

— The best emotions. 500 m is our best distance, we are the champions of this year among elite athletes, and today we confirmed our status. In the morning we got up with mingled feelings, we had a wish to start and the excitement, but the aspiration to show a good result prevailed. We compete at home and there are so many fans. Of course, we would like to show high results. Today till the end of the distance we were thinking about the race, not about the medals. Only after the finish line we recognized that we have won. There were strong opponents at our distance, each pretended to the medal.

Belarusian coach Sergey Korneevets estimated the work of the athletes:

— We were fully sure that this crew would win the gold medal. We were straining after this result for the whole year, training, modeling the racing of the distance. The coach team made all its best. We would like to stress out that these girls are very talented. Generally, canoe team is very gifted. These girls will be joined with more three athletes: Volha Klimava, Daryna Piluleva and Kamila Bobr. Nowadays we are the leaders in women canoeing.

The silver medalists of this race are the Russian Allia Almakaeva and Daria Kharchenko , the bronze medal was fought by the athletes from Germany Annika Loske and Ophelia Preller. 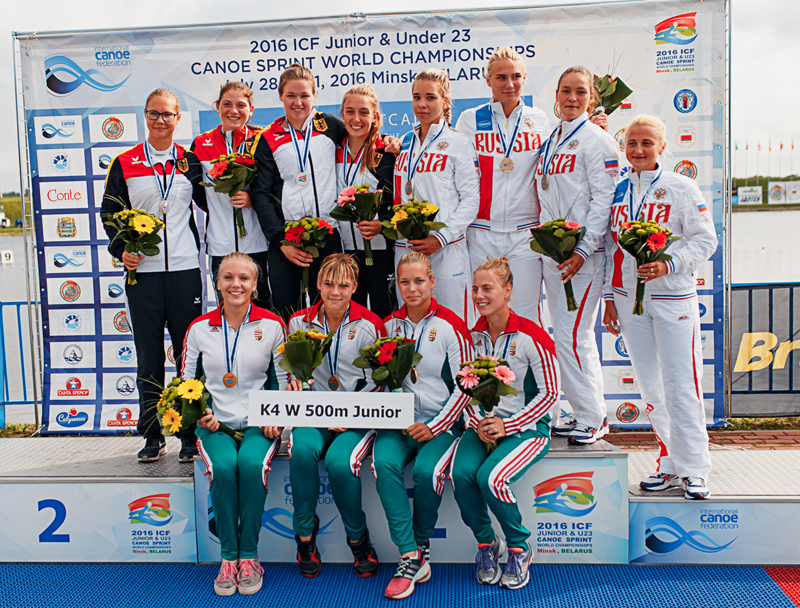 -We are happy for winning the race. The start was very good. First we thought we would take the second or third place. But then we forced ourselves for the speed and got the first place. In the end of the race we didn’t have the faintest doubt of reaching our opponents and gaining the gold medal. However the strong teams from Russia, Germany and Belarus also deserve to be admitted. And it was possible for them to achieve such high results instead for really not perfect weather conditions today. It was pretty cool today. It was bowing heavily. So of course it hindered the race. However, I managed to overcome all these obstacles and win the race. 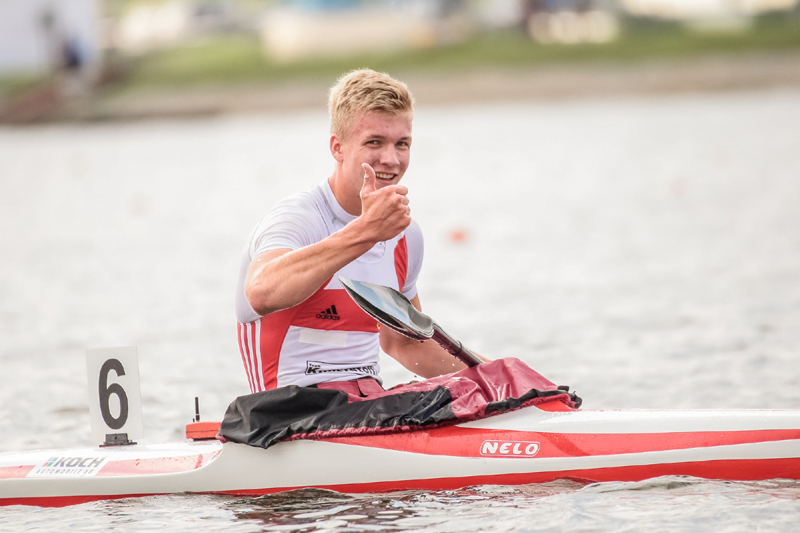 — The performance was impressive but the start was disappointed in some measure. I am very happy. The wish to win was my motivation. I did all my best on the water. All my friends and relatives cheered for us, it helped. I am glad to be the first because I know now how much I’m fast.
The Britain athlete Magnus Gregory took the silver medal, the bronze one was gained to the African Jean Van der Westhuizen.

The coach of German team commented success of his athletes in the Championships’ finals:

— These victories became the perfect start of the day. It is great we took gold, silver and bronze awards. We expected we took medals. We counted on the bronze medal in kayak forth. But we became the second. This result exceeded our expectations. We are at these competitions by the whole team, some of us participated in the European championships. 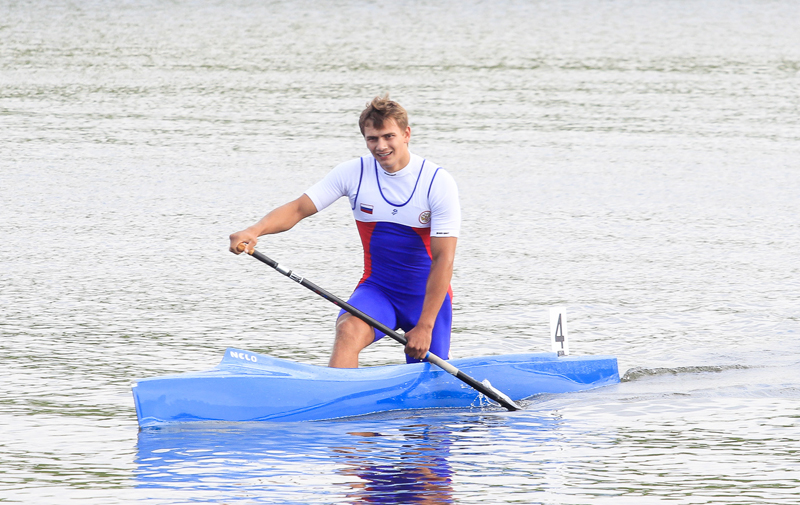 — I won by a margin of the whole boat, because I worked hard all this year and not one year. This start is the major in the current season. Before these competitions there was the European tournament in Bulgaria. I took all the distances in C1, so it is necessary to confirm and hold the level in Zaslavl. I want to point out that this race was easy for me. I was burnt out more than once but now I was ready both physically and psychologically. The first 250 meters I heard announcer, tribunes, and then I completely went shrank into myself and nothing was around me. And after then I finished and realized what I had done. This medal is my first award from the World Championships and I’m glad that is gold. By the way I didn’t lose at the international competitions this year. I am not going to stop. Today I participate in the semi-final at a distance of 200 meters, tomorrow is the final. I’m going to repeat my success. I am self-confident. Surely I hope to be the participant of the Olympic Games in Tokyo.